By Communities Centre for Community Development in Zimbabwe (CCDZ)

The Centre for Community Development in Zimbabwe (CCDZ) is implementing the project: “Strengthening Citizen Engagement in Local Government Reform”.

The objective of this project is advocate for democratic local governance reforms and to promote citizen participation in local and national governance processes.

As part of its work, CCDZ is lobbying government including Parliament to implement devolution in line with the Constitution and democratic standards.

This Legal Brief looks at the Provincial Councils and Administration Amendment Bill, H.B5, 2021, which was gazetted by the government of Zimbabwe on the 31st March 2021.

This Bill is set to significantly amend the existing Provincial Councils and Administration Act [Chapter 29:11] (‘PCA Act’) to align with the 2013 Constitution.

The PCA Act’s foundational purpose is to establish a provincial system of governance superintended by provincial governors and provincial councils.

3.0 Unresolved Matters Provincial Governors and Ministers of State All provisions in the PCA

Furthermore, it is submitted the Minister of State for Provincial Affairs, who exercises the function of provincial governors, be unambiguously removed from the devolved system as a) this office is also absent in the devolved governance under Chapter 14 of the Constitution and b) it is unlikely these Ministers will act in the interests of the provinces as their loyalty will lean towards the central government.

However, the system of provincial governance created by the 2013 Constitution is markedly different and includes Members of Parliament.

Their inclusion creates a constitutional problem as under section 129(1)(h) of the Constitution they cease their membership upon becoming members of ‘a statutory body, a government-controlled entity, a provincial or metropolitan council or a local authority’.

4.0 Major Features of the PCA Amendment Bill Preliminary Issues The Amendment Bill is spread across 50 pages; this is odd considering the Bill intends to amend only 13 pages of the current Act.

Competency of Councils to Receive Devolved Functions While the Bill requires the Minister to prescribe the criteria for competence that Councils must meet before they can be granted governmental powers and responsibilities, there is no procedure for Councils to follow if they desire to claim and receive devolved powers.

It is not clear whether Councils shall apply to the Minister when they are of the view that they deserve receiving central government powers and responsibilities.

This failure gives the Minister excessive unilateral powers. Minister of State to replace Governors The Bill proposes to substitute governors with central government appointees to be called Ministers of State and Devolution, appointed by the President.

Their functions include coordinating, monitoring government programmes in the province and reporting to the President.

The latter being indicative of an intent to retain central government appointees in provincial government whose accountability lies, not with local citizens but with the President.

Membership of Councils The Bill provides for provincial and metropolitan councils to comprise members of parliament, chiefs, senators, elected councillors and mayors and chairpersons of councils.

However, the Constitution prohibits members of parliament to also be members of councils. Excessive Powers of the Minister

The Bill makes no serious effort to curtail the extensive powers of the Minister, instead, they are given wide discretion and additional powers.

These include: i) prescribing through Regulations or Statutory Instruments the criteria for competence that must be met by councils before governmental powers and responsibilities can be devolved to them; ii) under Clause 31 powers of suspension over mayors, chairpersons or councillors before they can be brought before a Tribunal; iii) power to appoint members of the Independent Tribunal whose secretariat will be the central government; iv) power to cause investigation and inquiries into the financial and other affairs of Councils and issue criminal sanctions for non-compliance or other misbehaviour.

And thus the implication is that government will have to commit massive financial hand-holding of council 4 Legislative Competence The Bill grants Councils limited power to make legislation.

However, the Constitution does not appear to envisage granting legislative competence to any other arm of the state to make any primary legislation, apart from by-laws and other subsidiary legislation.

It is instead recommended that the Bill be revised such that the law that councils can only promulgate be called ordinances. Oversight Mechanisms While the Bill grants Councils powers of oversight and the Constitution provides that members of Council are accountable collectively or individually to their province and the national government, it does not create mechanisms and procedures for this.

Public Participation and Engagement The Bill makes provision for engagement and consultative processes in the interests of public participation (clause 7, 39, 57, and 74). However, because consultations are not binding on the consulting person it is submitted the Bill have more sections where the Minister acts on recommendations of certain key institutions, and not only consult them.

Institutional Overlaps and Duplication of Roles Chapter 14 of the Constitution makes it clear that Councils are the mainstay as far as devolution is concerned yet the Bill contradicts this clear trajectory in creating the roles of the Minister of State and Devolution and the Provincial Development Coordinators a role.

It is submitted the Minister of State and Devolution is an appointee whose loyalties lie with the President, not the province.

He or she is therefore unnecessary.

The Centre for Community Development in Zimbabwe (CCDZ) recommends the following:  The withdrawal of the Amendment Bill and promulgation of a new Act altogether, to be called the ‘Provincial and Metropolitan Councils Bill’.

 The criteria that councils must meet to receive central governmental powers and responsibilities must be set out in the Bill and not left to the prescriptions of the Minister for local government.

 It is submitted several proposed amendments now await and be guided by changes in the proposed Constitutional Amendment (Number 2) Bill since the current provisions are unconstitutional.

 The Bill must make further provision for the Participation for Youths, Women and Persons with Disabilities in provincial affairs.

 The Bill must recognise associations of residents in the province for purposes of consultations and access to information, in addition to other platforms of citizen participation.

 The Bill must abandon its proposed position on the law-making powers of Councils and simply provide that Councils can make ordinances.

Promulgating ordinances would thus be an exercise of councils’ legislative function stated in section 270 of the Constitution.

 The members of the Tribunal must be appointed by the President but these members must not all be nominated by the Civil Service Commission, which is a central government institution. Conclusion Generally, the Bill is flawed.

As stated, it requires extensive and fundamental changes that a new Act altogether would be more appropriate. Importantly, it defectively attempts to institute a provincial governance system under an Act underpinned by centralized government objectives.

END **Submit your feedback or comments to:

The Secretariat Centre for Community Development in Zimbabwe (CCDZ) 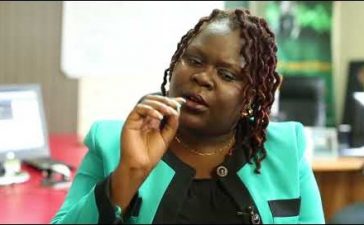 No Woman No Cry: Linda Masarira

Women says lets go and vote By Linda Masarira Mother's Day Statement   Mother’s Day is a day that we...

By Tendai Ruben Mbofana   Each and every one of us has that special day that they will always... 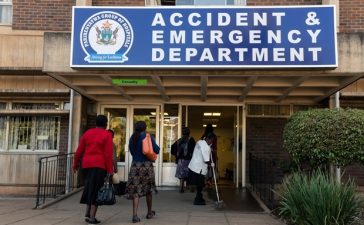 Shut Up And Listen: The True State Of Cancer Treatment In Zim 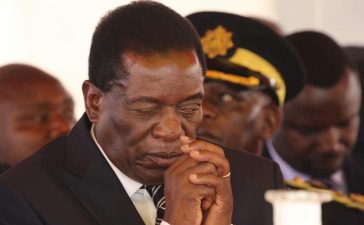 Mugabe-with-Mnangagwa *EMERSON DAMBUDZO MNANGAGWA AND HIS ZANU PF PARTY ARE PARTLY TO BLAME FOR THE DEATH OF ELVIS NYATHI*  ...

What Is Wrong With Khupe Joining CCC?

frustrated khupe By Martin Stobart   I am happy that MDC-T leader Thokozani Khupe has joined the Citizens Coalition for... 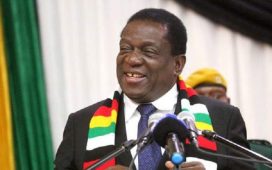 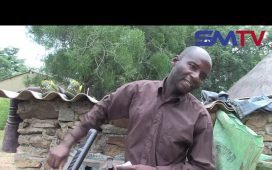